Tak to jsem na to zvědav.

The company announced this in a press release.

Due to the foreign policy situation, Ukraine International Airlines has received an official notification from insurance companies about the termination of aircraft insurance for flights in the airspace of Ukraine. provided that other aircraft remain in the company's fleet, "the statement said.

It is noted that 2 more planes of the company are sent for scheduled maintenance of engines in Belgrade.

A co to březnové Maroko? Máte přehled, jestli to ruší? 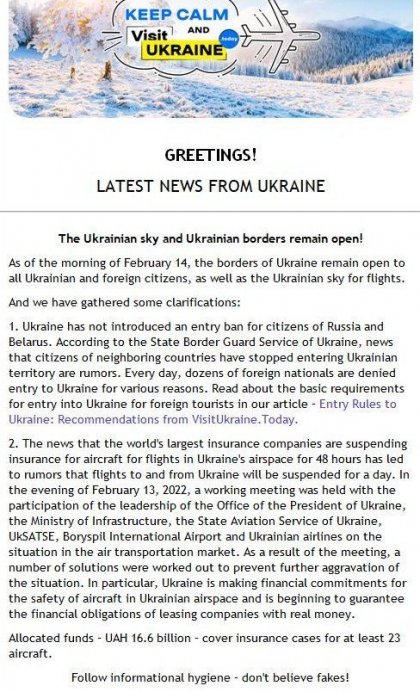